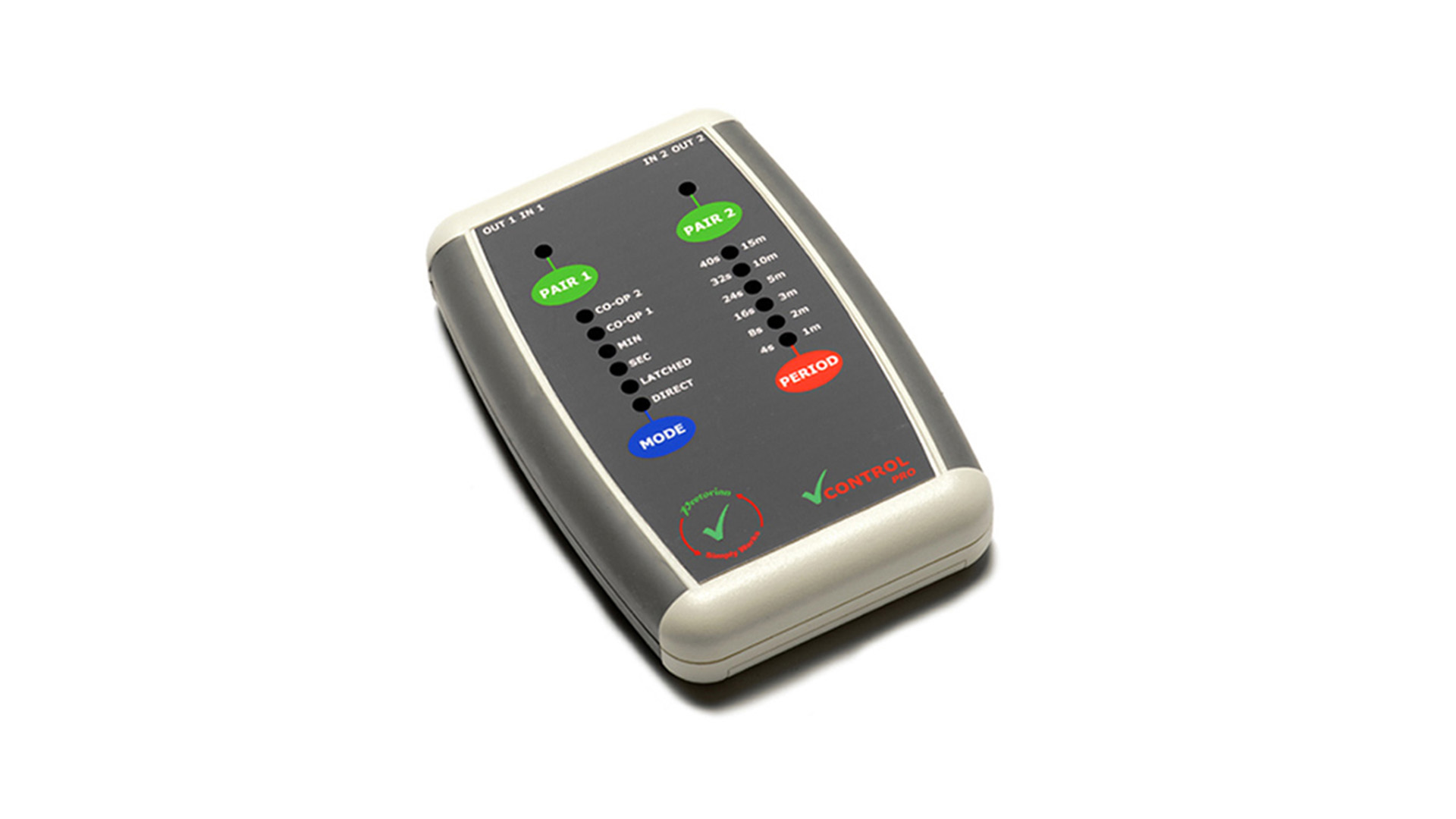 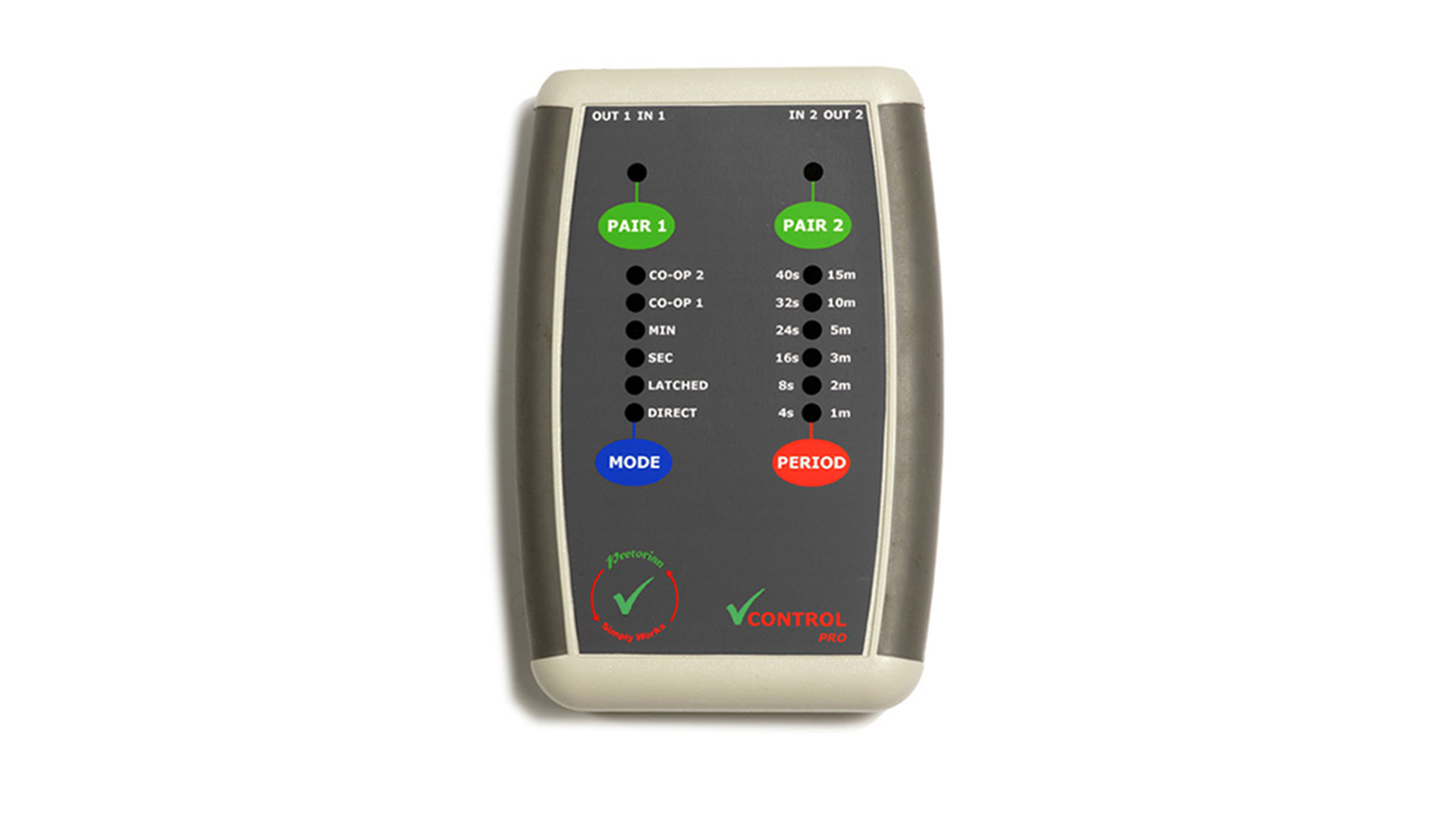 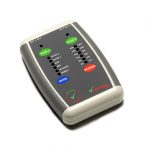 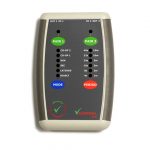 The SimplyWorks Control Pro is a two channel controller for battery operated toys and small appliances.

SimplyWorks Control Pro is a controller for one or two battery operated toys and other low-voltage appliances. The unit has an operating range of 10 metres (when used with wireless switches) and

When a timed output is selected, the time period is set using a string of LEDs. A timed output can be cancelled early by pressing either the Pair 1 or Pair 2 button.

Co-Operative mode requires two users to work together to turn on a toy. On/Off mode may either be used co-operatively (one user takes charge of ‘on’ and the other ‘off’) or can be used to great effect in separating the on and off tasks for a single user with cognitive impairment.

The unit requires 2 x AA batteries and will operate for many months without the need to replace them. As usual with Pretorian products, there’s no on/off switch- the unit powers down automatically after a period of inactivity. Just press any button to wake it up again.